Alternative Investments: When plan B becomes plan A

Our market evolves and adapts to the changing times. In this sense, we are living a sophistication moving from real estate to "Real Estate". Specialization is the order of the day and the real estate expert of yesteryear has become a specialist in micro-markets or microsegments (specialists in proptech, retail high street, medium-sized parks, logistics, microzone specialists).

This specialization is not alien to the investing universe, which increasingly seeks to concentrate on segments of activity in which to achieve the desired returns. In a highly competitive market like the one we live in, where demand far exceeds supply, asset yields have been compressed to almost historical lows. We are seeing office operations below 4%, logistics below 6%, or retail high street or residential at 3%.

Investors have to look for other investment options that give them the returns they are looking for.

This is making investors have to look for other investment options that give them the returns they are looking for, and this involves investing in less common segments: the so-called alternative investments. In this type of assets you can achieve returns above 6% with a reasonable risk assumption.

Within this type of assets we can find a wide variety, such as student residences, nursing homes, hospitals, gas stations, storage rooms, parking lots, etc. In Europe, with the UK and Germany at the helm, this type of investment exceeded 16% of the total volume traded in 2016, and although in Spain it is not yet a mature market, the 2.000 million euros for 2017 will already be reached.

Many of these operations, in addition to the real estate component, have an operating component very similar to the operation of the hotels which must be analyzed in great detail to determine their potential and solvency.

The most active segment is that of student residences, which in Spain is still to be consolidated.

The most active segment is that of student residences, which in Spain is still to be consolidated. The park of residences, of around 90.000 beds, is usually mostly obsolete and poorly adapted to today's needs (high quality, single rooms, private bathrooms, common services, etc.). It is also mostly managed by universities, religious or private entities that makes professionalization yet to come. On the other hand we have 1,5 millions of university students of which approximately 25% study outside their hometown. Some investment funds such as Corestate with the purchase of Colegio Mayor Hispano Mexicano, AXA with the purchase of RESA, The Student Hotel with the purchase of Melon District in Barcelona or GSA with the purchase of Nexo residences from Oaktree have focused on This type of asset. These funds have detected an opportunity in this market since there have not yet been large concentration processes, there is a great dispersion, unlike other countries such as the UK and Germany where a few operators dominate the market.

The health sector has also experienced a moment of effervescence. On the one hand, hospitals have experienced a concentration process where four large groups control more than half of the private market. It is common to see corporate operations starring venture capital or other market players that once perfected purchases, raise the sale of the real estate to focus their resources on the operation. On the other hand, the residences of the third age is another very active segment, since the aging of the population is increasing the demand for this type of services. A good example of these operations is the case of Healthcare Activos, which has bought several nursing homes, supported by Oaktree, having invested more than 40 million euros.

Other alternative assets such as gas stations, storage rooms or parking lots are also being analyzed by several investors looking for returns above 7% in some cases. This year we have seen several gas station sales operations such as AXA or selfstorage with Bluebox and OhMyBox.

What do real estate investment platforms and their technological tools contribute to optimizing a portfolio of ...
Read more

Rehabilitate a building through participatory financing? Revalue its value and obtain a greater profit on its subsequent sale. We tell you how.

When you have to sell an asset that is many years old, and many of them without investing in reforms ...
Read more

The method of attracting alternative financing in equity of icrowdhouse allows the safe access of foreign investors in ...
Read more

Why is it interesting for an EAFI to invest through icrowdhouse?

Any investor knows the maxim of not putting all the eggs in the same basket. Indeed, a good ...
Read more
- Advertising - 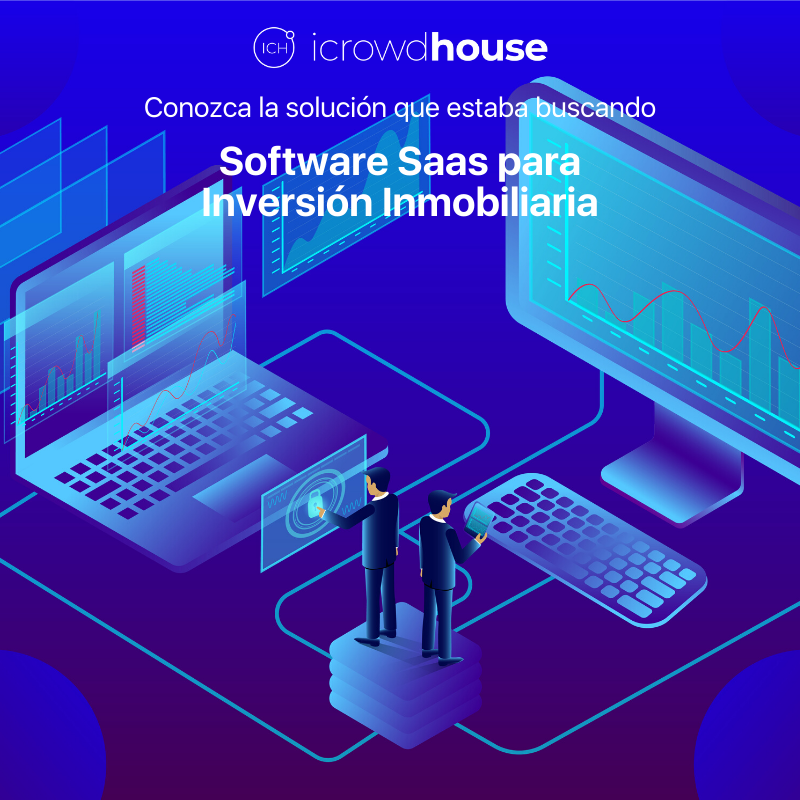 Financing a real estate project without depending on large funds and traditional bank loans? It is already possible thanks to participatory financing platforms such as ...

The dependence on financing for real estate developments will always be necessary because the costs (mainly land and construction) are very ...
Read more

Icrowdhouse presents promoters from Cádiz, Granada and Aragón the advantages of their tool to obtain alternative financing

Given the impossibility of organizing face-to-face meetings with different agents in the real estate sector, icrowdhouse is promoting a series of ...
Read more

Real Estate Crowdfunding Platforms in Spain and the World

We are City Builders

We speak with Pedro Arroyo, CEO of icrowdhouse

The digitization of the real estate sector has evolved in a ...
Read more
Real Estate News

The big fortunes choose the real economy to diversify their investments

What do real estate investment platforms and their technological tools contribute to the ...
Read more

Rehabilitate a building through participatory financing? Revalue its value and obtain a greater profit on its subsequent sale. We tell you how.

When you have to sell an asset that is many years old, and many of them ...
Read more

Real Estate Crowdfunding Platforms in Spain and the World

In a previous post, in which we explained what Crowdfunding is ...
Read more

It opens for the year 2019, a period of great uncertainty motivated by the ...
Read more

icrowdhouse offers its financial technology and regulatory framework to developers and investors through an online software (Saas), allowing them to quickly enter alternative financing.

© Copyright - © 2019 ICROWDHOUSE | Crowdhouse Worldwide PFP, SL with NIF B66884974 - Registered in the Commercial Registry of Barcelona, ​​Volume: 46.194, Folio: 201, Sheet: B-512.623, Registration: 1. icrowdhouse is a Participatory Financing Platform authorized by the National Securities Market Commission in accordance with the 5 / 2015 Law on Business Financing Promotion. It is registered with the number 22 in the Register of Participatory Financing Platforms of the CNMV. We do not hold the status of investment services company or credit institution. Please, it is important to read the basic information to the client before investing.