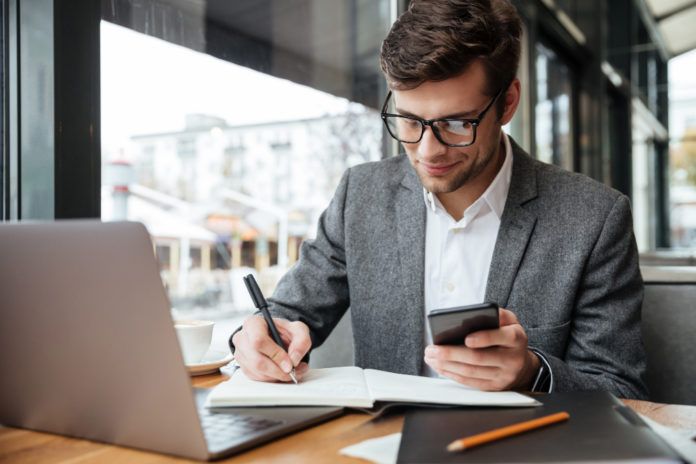 From a Soviet republic to a European leader in digitization, Estonia has made a spectacular economic leap.

Ashton Kutcher and a ping-pong table welcome to Lyft99, the center for start-ups de Tallin. The star of Holywood "He is the most famous investor in Veriff, one of the technology companies that has already left the center and flies alone." Kärt Rääbis, community manager Lyft99, explains the prominent presence of the North American actor, with that life-size image next to the honor roll of the companies that started here and have succeeded: Pipedrive, Comodule, Transferwise, Bolt, Veriff itself ... A symbol of the global vocation of Estonia, a tiny Baltic country with only 1,3 million inhabitants that has become a world benchmark in the technology sector.

As a good computer scientist, Jose Ernesto Suarez I had no idea who Ashton Kutcher was, but Estonia's digital success has brought them together. Suárez left a good job a year ago and her Mediterranean Valencia to settle in Tallinn and fulfill his dream of starting a business. “We were about to stay in Barcelona, but the price of the house stopped us, here instead you find flats for 500 euros a month ”, he explains. In front of Wedoops, a cloud infrastructure company, Suárez values ​​the facilities Estonia offers entrepreneurs: “In 18 hours we had the company incorporated, all over the internet. In Spain You have not started yet and they are already demanding you, but taxes are not paid here until the turnover reaches 40.000 euros ”. "That push at the beginning helps a lot," he admits.

From a Soviet republic to a leader in digitization in Europe, Estonia's transformation has been radical. "It's a miracle", sums up the Finnish businessman Juha Rantanen. "That an economy in its day so dependent on the subsidies of the USSR has managed to reinvent itself and take that leap is a milestone," he highlights.

Member of the European Union and the NATO Since 2004, Estonia is considered a Baltic tiger, as Lithuania y Latvia, for its rapid growth since the independence of the USSR, in 1991. With a GDP per capita of 20.840 euros last year, one of the highest in Eastern Europe, it maintains a balanced budget and a negligible public debt, equivalent to 8,4% of GDP. Since 2011, it is part of the eurozone.

Only weddings, divorces or the purchase of a flat require physical presence: the rest of the procedures are online

Public-private collaboration and the determined commitment of the administration have been key in this transformation towards one of the most advanced electronic companies in the world, as has been verified by a group of businessmen from the Fundació d'Empresaris de Catalunya (FemCAT) who have visited Estonia to see first-hand the Estonian economic model. A transformation that has created the necessary environment for no less than four unicorns to be born (start-ups technologies valued at more than $ 1.000 billion): Skype, a giant now in the hands of Microsoft, Playtech (dedicated to the game), Bolt (before Taxify, urban mobility services company) and Transferwise (currency exchange transfers, now based in London).

It all started in 1991, the year of Estonian independence from the Soviet Union. "We inherit absolute chaos," he admits Linnar Viik, founder of the e-Governance Academy and one of the architects of this commitment to digital. "We had to start from scratch, and in a small country like ours and without natural resources, and of course without money for large investments, we decided that the only thing we could afford was to buy computers and connect to the internet," he recalls. The country started from a really precarious situation, since less than half of the population had a fixed telephone and the network was of very low quality, so it was also decided to promote the use of mobile phones.

This great Estonian commitment to technology crystallized in 2001, when the decision was made to digitize the entire administration. A year earlier, the government declared internet access a universal right, since 2002 the main urban areas have free Wi-Fi and in 2005 the first elections with electronic voting were held. Today 98% of citizens process their taxes online and carry out more than 99% of banking transactions online.

Being the first digital country in the world has many advantages, especially seen from the Spain of "come back tomorrow" and the queues from window to window. All administrative procedures are carried out here online, in a system based on transparency and trust between State and citizens. "Physical presence is only required for three procedures with the Administration: getting married, divorced or signing a real estate transaction", explains Tbias Koch, director of business acquisition e-Estonia Briefing Center. Citizens use their digital identity, a kind of DNI, to carry out the rest of the procedures, although the State "does not oblige them, it simply provides the means so that everyone can use them." The idea is that "whoever wants to can continue to do their paperwork, but they will also be digitized later," explains Koch.

The different areas of the Administration are interconnected through the system X-Road, underway from 2001, which guarantees the eleven only (only once), according to which the State can only claim the personal data of a citizen once. No more going from one place to another in search of certificates from a department that claims another area of ​​the same Administration. In this way, for example, the birth of a baby is automatically registered, the parental support system is activated in the same way and the child is already assigned a nursery. Similarly, patients can go directly to a pharmacy with their digital identity to purchase prescribed medications without having to carry a paper prescription, and doctors can have online the history of a patient who has just entered the hospital. Justice is also digitized, parents can consult their children's grades and talk online with teachers and in the Council of Ministers there is no paper. Their decisions are posted online minutes after the meeting ends. According to their calculations, the digitization of the State represents a saving of 2% of GDP.
As it stands out Elena Massot, president of FemCAT, the great advantage of the system implemented in Estonia is that it “places the citizen and the companies at the center of all the Administration's decisions”.

Marten kaevats, the prime minister's digital affairs advisor, flatly denies that the e-Estonia scheme violates the privacy of citizens. "We are not a Gran HermanoHere there is no central server that controls all the information, but the system allows the information to be shared ”, he emphasizes. In any case, every time a state body accesses a citizen's data, it leaves a trace, so that it can always know who and for what reason has consulted their information. Unjustified access is considered a crime.

On the other great fear, security in a fully digitized state, Estonia passed its great test in 2007, when it suffered a presumably Russian cyberattack (although the Kremlin denied it) after removing from the center of Tallinn a monument to Soviet soldiers who fell during World War II. It was a serious crisis, but finally overcome, and since then Estonia has also been a benchmark in cybersecurity: since 2008 Tallinn has hosted the Center of Excellence for Cooperation in Cyber ​​Defense of the NATO.

Since 2014 Estonia offers entrepreneurs from all over the world the possibility of establishing their business in the country as a gateway to the European Union, and use its advanced digital infrastructure to manage it from abroad. So far, more than 62.000 people have registered as digital residents, the majority in neighboring Finland, Russia, Ukraine, Germany and the United States, although about 1.600 have also registered in Spain. The system allows you to obtain a digital identity, but it does not give citizenship or exempt you from the need for a visa. The goal is to attract talent and have new residents contribute to growth. The country offers a competitive tax system, with a single income tax of 20%, VAT of 20% and social contributions of 33%. Corporation tax is between 14% and 20%, but it is not paid if profits are not distributed.

SourceLa Vanguardia
Twitter
Facebook
LinkedIn
Previous articleHow does our real estate Crowdfunding platform work?
next articleWhat is the "sale & leaseback" ?, Is it only for the big ones ?.

SLB, from its acronym in English "sale & leaseback", means "sell to rent". To be more precise, it would be "conditional sale ...

© 2021 ICROWDHOUSE | Crowdhouse Worldwide PFP, SL with NIF B66884974 - Registered in the Commercial Registry of Barcelona, ​​Volume: 46.194, Folio: 201, Sheet: B-512.623, Registration: 1. iCrowdhouse is a Participatory Financing Platform authorized by the National Securities Market Commission in accordance with the 5 / 2015 Law on Business Financing Promotion. It is registered with the number 22 in the Register of Participatory Financing Platforms of the CNMV . We do not hold the status of investment services company or credit institution. Please, it is important to read the basic information to the client before investing.
More posts